Abuse of Process (third edition)
Published Oxford University Press (ISBN 978-0-19-878604-7)
Note- Signed copies available from the author at an LCCSA talk on Abuse of Process, to be held at 25 Bedford Row on 15 June (free to members)
This is the third edition of this excellent book and remains the essential guide to the relevant principles and case-law.
Colin Wells is a criminal defence barrister at 25 Bedford Row, and is recognised as a leading authority on Abuse of Process. 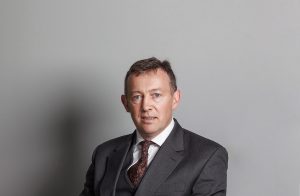 It is now over twenty years since the House of Lords decided Bennett, and the rationale for staying proceedings has shifted somewhat. Perhaps the best contemporary statement is that of Maxwell [2010] establishing two categories namely:-
where it will be impossible to give the accused a fair trial, and
where it offend's the Court's sense of Justice to try the accused in the particular circumstances
But you will need the guidance of this text to establish where, when or how those categorisations apply in contemporary cases.
This new edition is published by OUP.  Earlier editions  had been published by different publishers (original edition was published by LAG) and were further titled "...a Practitioner's Guide". Although those words have been dropped from the title, this nonetheless remains just that: a guide for the criminal law practitioner who has a case with a potential "abuse of process" argument who will want to properly advise on, and if necessary prepare and/or present, an application to stay proceedings.
None of us want to raise an Abuse argument that has no hope of success (and the author concedes in his preface that applications are still "rarely successful") but where there is a prospect of success it would be a failure of professional duty not to seek a stay.
This is the book which will help the practitioner to make an informed decision, find the relevant authorities(with numerous updates from the last edition) and, where appropriate, prepare the application.
Once again there are helpful examples of skeleton arguments to assist in drafting applications in different categories of abuse, including in this edition cases where the defendant is a victim of human trafficking.
This edition of the book retains a thematic approach, with separate chapters on delay, abuse, disclosure, adverse publicity and entrapment. There is an updated chapter by extradition specialist (and LCCSA member) Rebecca Niblock, and the book as a whole benefits greatly from the collaborative approach (LCCSA ex-Pres Jon Black is amongst those name-checked by the author) including a scholarly and insightful introduction by Rudi Fortson QC.
The first edition of Wells' book was the first academic text on this topic to include a highly-acclaimed chapter on "Abuse of Process at the Police Station", in this edition the topic has been expanded to "pre-charge and investigation". This edition also includes a new chapter on confiscation.
The Courts are likely to maintain their vigilance in ensuring the "floodgates" are not opened, but equally as Rudi Fortson opines (and quoted with approval by HHJ Radford in the foreword) there is no sign yet that the flow of abuse of process cases will abate. The "Abuse" procedure remains a valuable check and balance on the integrity of the Justice system, and this remains a "must-have" text for the conscientious practitioner.
Book available direct from publishers here
Signed copies available from the author at an LCCSA talk on Abuse of Process, to be held at 25 Bedford Row on 15 June (free to members)
(Review updated May 2016 )
Greg Foxsmith