We need your help

As you will be aware , although we failed in our claim for Judicial Review to the Divisional court over the MOJ's dual contracting scheme, we have one final battle in this , the longest of wars against Grayling as our legal team are busy preparing our appeal .
The initial application for leave was rejected by the divisional court but an application is to be made to the Court of Appeal itself . The stay of the tendering process has been extended until 4pm on 27th February when the application for leave is to be considered.
On 27th February we will be seeking an extension of the stay of the tendering process until the determination of the appeal, should leave be granted or pending the granting of leave should the application not be granted that day .
The MOJ are vigorously opposing any extension of the "stay" as they say time is of the essence in order to ensure the gap between the end of the current contracts in July and the commencement of the new contracts is not too lengthy. They are concerned about the risk of market chaos in the event that there is a significant delay in the period between the implementation of the second cut, which of course they remind us is "subject to review", and the managed consolidation . Furthermore they argue that those providers who are in the advanced stages of preparing their bids would be prejudiced .

In order to support the application for a further say, The Associations need to provide evidence that this is not the case and particularly during the period since 19th December, the level of activity has been minimal. In order to assist in this task together another Response Hub has been created. it will take less than 5 minutes to complete but needs to be done by Saturday 21st February. We need as many responses as possible . It is one response per contract holder not per member. Please circulate around colleagues, but please respond and please do so on time .  Go to http://www.criminallawyersunited.com/are-you-ready-for-the-tender/

We had hoped that we would be the beneficiary of a defendants costs order at this stage, but sadly that is not the case . We anticipate that our members and supporters will want us to continue the fight, but as we know more than anyone else, this requires significant expenditure. We need your contributions again and need them urgently . Many of you have already been generous in your contributions that have allowed us to get this far, we need your help again . Please donate by going to http://www.criminallawyersunited.com/donate-to-the-campaign-fund/

Not the Global Law Summit /Relay for Rights 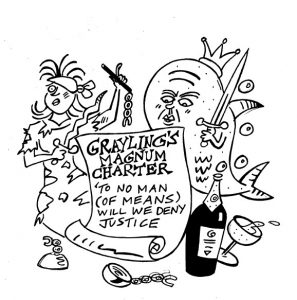 We hope to see as many of you as possible over the weekend joining in on the relay for rights and at the rally outside Old Palace Yard on Monday 23rd February at 1pm. T shirts have been ordered , the platform is booked , the permits obtained . We need a large show in numbers to let Mr Grayling , his colleagues on the platform and his guests know where justice matters. Our fight over cuts to our fees , dual contracting and access to justice has been going on for nearly two years, we are all tired of it but we can demonstrate that we are neither going away or taking these attacks lying down. I look forward to seeing as many of you there as can possibly make it .
https://justiceallianceuk.wordpress.com/2015/01/24/1684/
Kind regards
Jonathan Black