There was a great turnout at our AGM, and the dinner in the spectacular Crypt venue was full for what was an  effective, informative and enjoyable evening.

The constitution was amended.

The treasurers report was delivered by Greg Foxsmith (photo below right) and approved. The report is here: https://www.lccsa.org.uk/2017-treasurers-report/

The Training Officers report was delivered by Diana Payne

The officers and committee were duly elected (see photos below)

The website will soon be updated to reflect the new constitution and committee. 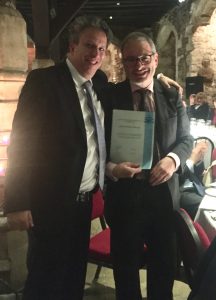 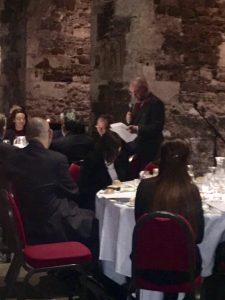 In his President’s report, returning President Greg Powell thanked all those on the committee for their hard work, and in particular those who were leaving the committee, including VP Jenny Wiltshire and past Presidents Paul Harris and  Greg Foxsmith.

In his post-dinner address, Greg Powell spoke of the current challenges and those that lie ahead, and the ongoing role that the committee has in tackling those on behalf of it’s members.

Our guest speaker Michael Turner QC of Garden Court then spoke of the importance of unity between solicitors and the bar in tackling those problems. Michael’s Speech HERE

BELOW- Officers, full committee members and co-opted members as elected at AGM 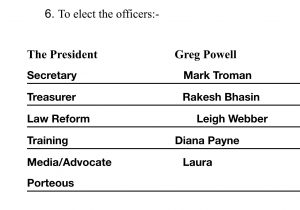 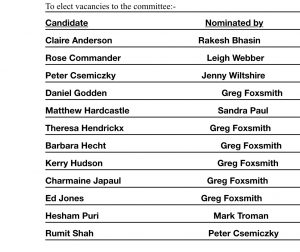