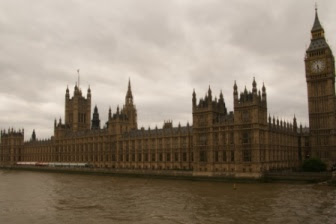 Another week goes by and the government suffers another significant defeat in the debate on the Legal Aid, Sentencing and Punishment of Offenders Bill, known as the Legal Aid Bill. The question is will they accept the Lords' amendments or seek to circumvent them by the use of parliamentary procedure?

On Wednesday (14 March), peers backed an amendment by Baroness Grey-Thompson, a crossbench peer, against the mandatory telephone gateway. In proposing the amendment, she said: 'A telephone-only service may work for a large number of people. However, it may adversely impact the most vulnerable clients, who may struggle to explain complex problems over the phone.' She also expressed concerns that the telephone operators would not be legally trained: 'As a result, operators may not be able effectively to interpret the nuances of complex cases put to them, let alone cases put to them by clients who may be confused or have some difficulty in communicating.'

Baroness Grey-Thompson is a former Paralympic athlete who campaigns on sport, women's issues and disability. Her amendment was supported by Lord Newton, the former Conservative cabinet minister, who made the point that: ' ... it is only face to face that you can disentangle the points on which they might have a case. This is important to a lot of people who cannot really fend for themselves.' Peers supported the amendment by 234 votes to 206, a majority of 28.

LAG believes that telephone advice can play an important part in ensuring legal advice services reach the general public. What we disagree with is offering it as the only method of accessing services, which is what the government is proposing. Our opinion poll research shows that the poorest social groups, those which are most likely to qualify for legal aid, are the least likely to use telephone and internet-based services.

Over the last two weeks, the government has suffered seven defeats on the legal aid section of the Legal Aid Bill. The government has also made seven concessions, including allowing areas of law to be added to the legal aid scheme in future, adopting a wider definition of domestic violence and withdrawing the threat of means-testing police station advice. The Lords have now moved on to the two other sections of the bill concerning litigation funding and sentencing.

Procedural wrangling may well antagonise peers who feel that by amending the bill they have properly exercised their duties as the reviewing chamber. The Lords have the option of delaying the bill, which would effectively kill it off, as it has to be passed before the Queen's Speech due in May, unless the government is willing to reintroduce it in the next parliamentary session and use the Parliament Act to force it through. All a bit over the top, considering the government's main policy changes remain intact as the bill now stands. Peers have managed to blunt some of the sharp edges of the bill most damaging to justice without making much of a dent in the savings the Ministry of Justice needs to find. LAG would suggest this is a sensible compromise in the circumstances and the government should be pragmatic and accept it.