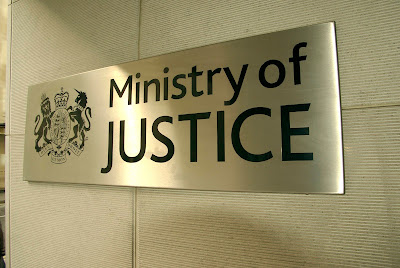 The Public Accounts Committee (PAC) in the House of Commons has published a report this week which is critical of the Ministry of Justice (MoJ) and its failure to deliver accounts on time. Margaret Hodge MP, chairperson of the PAC, said that while the MoJ?s financial management had improved, it 'remains unable to deliver timely and accurate financial accounts'. The PAC, which scrutinises the spending of government departments to ensure value for money, pointed to 'significant problems' with the accounts produced by the Legal Services Commission and the figures from the Courts Service. In the report, published on Tuesday (20 March), the committee raises concerns about the MoJ?s ability to meet its cuts targets, 'given the demand-led nature of its business'.

'Without full information on its costs, there is a risk that savings will be made through unnecessary cuts to frontline services essential to the poorest in the community, rather than through genuine improvements in the Ministry?s efficiency,' said Margaret Hodge.

The report is also scathing about the MoJ?s ability to maximise income to the department. It points to an improvement in fine collection, but observes that this is being 'outpaced by the growth in fines outstanding' and that there has been no progress in increasing fee recovery levels in the Courts Service. The MoJ also admits that 60 per cent of the cash in confiscation orders in criminal cases might never be recovered.

Problems with financial management at the MoJ are not a new story. For years the MoJ and its predecessor departments have struggled to control the demand-led budgets of the courts system and legal aid. Under the last government the prisons budget was added to this mix. At the heart of the financial management difficulties is a lack of political will to do anything which would require thinking beyond short-term budget cycles. The cuts to legal aid illustrate this. Cutbacks in family legal aid especially are likely to have a knock-on impact to the courts and other budgets, but no-one, least of all officials in the department, has any idea what the financial and other consequences of these will be.

A total of nearly ?2bn is owed to the MoJ in unpaid fines and confiscation orders. This is nearly equivalent to the entire legal aid budget. LAG believes that the government should be pursuing a long-term strategy to maximise the collection of this income, rather than rushing for short-term cuts in legal aid, which will disproportionately impact on the poor and most vulnerable.