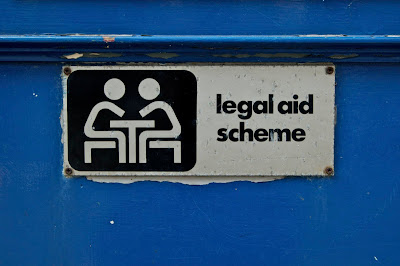 Crossbench and Liberal Democrat peers seem increasingly unhappy with Justice Minister Lord McNally?s attempt to force through the Legal Aid, Sentencing and Punishment of Offenders Bill ('the Legal Aid Bill') unamended. Talking to peers after the second day of the bill's committee stage in the House of Lords on Tuesday, LAG formed the impression that they were frustrated by what they see as the glib approach adopted by Lord McNally in addressing the detail of the bill.

Labour?s Lord Bach, Shadow Justice Minister in the Lords, led the attack against the bill in the debate on the amendments, saying that the government had 'failed to get to grips with the serious consequences of their proposed legislation' and that the bill would have 'profound effects on access to justice and people?s lives'. Speaking to LAG after the debate, Lord Bach said he believed it was unlikely that any votes would be taken in the committee stage, which continues on Monday next week, but that votes on amendments would happen in the report stage, expected to take place late next month or in March.

Peers seem emboldened by their votes on Wednesday this week on amendments to the Welfare Reform Bill, including their rejection of plans to means-test employment and support allowance payments to disabled people after a year. Lord Carlile QC, a Liberal Democrat peer and a greatly respected legal figure, told LAG yesterday: 'The House of Lords showed last night it is capable of forcing the government to reconsider policies.' The defeats on the Welfare Reform Bill were the result of a high number of votes against the government from the politically neutral crossbenchers and the Labour Opposition. Liberal Democrat peers mainly voted with the government, but some have hinted to LAG that unless changes are made on the Legal Aid Bill they will be forced, albeit reluctantly, to vote against the government.

A Liberal Democrat member of the House of Lords willing to be upfront about what will happen is Lord Phillips. Speaking at the launch of LAG?s London Advice Watch report yesterday, he referred to 'disaffection across the House of Lords' over the Legal Aid Bill and warned: 'There is no question. If the government makes no concessions, there will be votes and the government will lose.' He added that it was 'reasonable to expect major changes at the report stage of the bill'.

Lord Phillips, who is a patron of LAG and one of its founders, stressed that it was a 'lousy time to be in government' because the economic outlook is so bad and that 'cuts across the board are necessary'. However, he believes that 'the cuts have fallen on legal aid harshly' and questions if it is 'legitimate to deny citizens the means to enforce their rights'. In an impassioned speech he said: 'Justice is fundamental to our democracy' and that legal aid spending was a small but an important part of government spending: 'five per cent of defence spending would be enough to fund what is to be cut from legal aid for least three years'.

What the Welfare Reform Bill amendments show clearly is that peers are reluctant to support measures that impact harshly on vulnerable groups such as disabled people and children. With the Legal Aid Bill there is the additional factor of the crossbench and other peers who are legal experts. They have deep concerns about the detail of the bill, which the government is failing to address, such as the criteria which victims of domestic violence have to meet to qualify for legal aid and the lack of independence in decisions on entitlement to legal aid. Their discontent is likely to grow as the shadow boxing of the committee stage continues. LAG understands that approaches from government peers to ministers to thrash out compromises over key concerns about the bill have so far been rebuffed and this has added to the disaffection felt by government supporters in the House of Lords. It seems unless Lord McNally throws some significant concessions to his backbenchers the government will be risking substantial defeats at the report stage of the bill.

A full report on the launch of the London Advice Watch report will appear in the February issue of Legal Action journal.