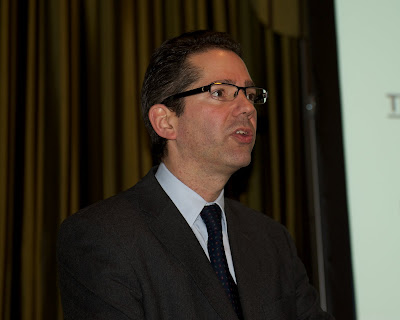 So far the government has made two concessions on the Legal Aid, Sentencing and Punishment of Offenders Bill ('the Legal Aid Bill'), currently in the committee stage of the House of Lords. It seems more concessions might be on the way before the bill is approved.

Speaking at the Westminster Legal Policy Forum yesterday, Justice Minister Jonathan Djanogly said the government was considering the amendments which had been suggested so far by peers. When questioned by LAG on whether the government was willing to reconsider the definition of domestic violence contained in the bill, he said that this was 'in the mix at the moment' and that while he believed that the current definition covered the same points as that of the Association of Chief Police Officers (ACPO), 'if there is a way of making people happy on this issue we will do it'.

Campaign organisations including the Women?s Institute and LAG have argued that the ACPO definition should be included in the bill. ACPO defines domestic violence as,

'... any incident of threatening behaviour, violence or abuse (psychological, physical, sexual, financial or emotional) between adults ... who are or have been intimate partners or family members, regardless of gender or sexuality'.

The bill currently uses a different definition referring to physical or mental abuse which includes sexual abuse and: ' ... abuse in the form of violence, neglect, maltreatment and exploitation'.

The detailed criteria which have to be met in domestic violence cases to qualify for legal aid have not been included in the bill. This is of great significance in ensuring victims get the help they need. Details of this will follow in secondary legislation. In the debate on the bill, Baroness Butler-Sloss, a former senior family judge, asked for the criteria to be published before the report stage so that peers can scrutinise them.

Jonathan Djanogly was more evasive when questioned by LAG on whether the government would concede over the amendment to reinstate legal aid for personal injury cases involving children, a move which is supported by Lord Tebbit and Lord Newton, the former Conservative Cabinet ministers. The minister said this is 'at the margins of what [the government is] looking at'. In response to a question from Cristina Sarb, a policy officer at the charity Scope, he said that the government was not considering bringing welfare benefits back into the scope of the legal aid system.

Earlier in the meeting Roger Smith, director of Justice, had lambasted the government over its failure to recognise the danger of not having an independent appeals system over decisions on entitlement to legal aid: 'It?s a godsend to a litigator,' to be able to argue bias in the process for cases against the government, he warned. Roger Smith also observed that the government?s decision to cut legal aid was a political choice and if the cuts went ahead he predicted it would lead to 'the regeneration of the kind of movement we had in the 1970s,' which was originally responsible for widening access to civil justice.

The government has given way on means-testing advice in police stations and included young people between the ages of 16-25 in the category of people able to claim legal aid for special educational needs cases. LAG believes that we need to keep the pressure on the government to win more concessions on the bill.

See the report LAG commissioned from the Women's Institute and other news on the legal aid bill.