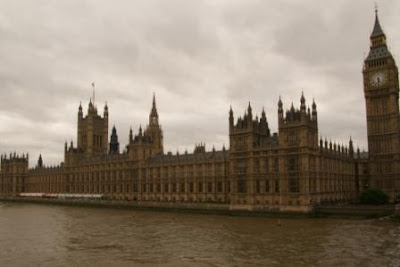 It looks like a Liberal Democrat peer has inadvertently admitted to members of the Justice for All campaign that the government is going to amend the Legal Aid, Sentencing and Punishment of Offenders Bill (known as the Legal Aid Bill) to allow areas of law to be potentially brought back into scope at a later date.

LAG has been aware for some weeks now that Liberal Democrat parliamentarians have been meeting government ministers behind the scenes to try and persuade them to offer some concessions on the Legal Aid Bill. One of the points they have been pushing is for an amendment to clause 8(2) of the bill, which in its current form only allows for areas of law to be omitted from the legal aid scheme. Campaigners, including LAG and Justice for All, have been asking for this clause to be amended to include a provision to allow work to be brought back into the scope of the legal aid scheme. Non-political crossbench peers, many of which are distinguished lawyers such as Lord Pannick, have also argued for the change.

Justice for All, which is supported by LAG, urged its members to write to peers and MPs to ask the government to think again about the cuts to legal aid. It has been stressing to them how the loss of advice on welfare benefits and other areas of civil law will impact on vulnerable groups. In reply to this correspondence the prominent Liberal Democrat peer, Lord Thomas, revealed:

'You may know that Liberal Democrat pressure has already achieved a concession from the coalition government that the Lord Chancellor should have the power to place areas of legal assistance back into scope, as well as simply remove areas, as the bill stated originally. Hopefully, that power will be exercised if some of the fears expressed of denial of access to justice come to pass.'

LAG believes that the government is considering bringing forward a number of amendments for the report stage of the bill, which is due to commence on 5 March in the House of Lords. Ministers are unlikely to have wanted a planned concession like this to have been revealed before the report stage, as it would risk losing any impact in placating opposition to the bill, which so far from peers has been overwhelmingly hostile.

While the concession to allow areas of law back into scope is significant, because it gives some hope that the planned cuts can be reversed, in terms of its impact on the public it represents a hollow victory. It does not alter the fact that from April next year 650,000 people will lose out on help with common civil legal problems unless the Legal Aid Bill is amended to reverse these planned cuts.

Katie Brown, co-chairperson of Young Legal Aid Lawyers told LAG: 'We have no doubt that once the consequences of these ill thought out reforms come to light, the government will have to use this provision to bring areas of law back into scope. In the meantime there will be many people who will end up as victims of the government?s short-sighted proposals, as they are left in the lurch in the time between the bill being passed and areas being brought back into scope. As such this concession is not enough, and we will therefore continue to put pressure on peers to vote for amendments designed to secure access to justice for the most vulnerable.'

See:
the Justice for All website for a briefing on clause 8.